Last week I bought an APS SR-2. It’s a bolt action springer designed for the Air Precision Shooting (APS) competitions in Japan, where shooters mostly aim at short range and emphasize on accuracy. Unlike most Airsoft rifles, this one has no hop up system, focusing on consistency between shots rather than extending range. Being that, most people say it’s not exactly a field rifle, which is true. But that doesn’t mean you can’t turn it into one.

And so I set myself on a quest to transform this competition rifle into a field sniper rifle. Accuracy and consistency is already there, I just have to enhance it, along with range. Something I plan to start this weekend or early next week (whenever my free time permits), as I take this rifle to EdGI Custom Works – a world renowned maker of custom upgrade kits for Airsoft guns, who happens to be a Filipino as well.

But that’s another story. For now, I’ll be focusing on my first impressions on this rifle as well as its performance on stock parts.

With the rifle, the package contains two 30-round magazines and a BB fastloader. I bought the scope and bipod separately.

The rifle extends from 976mm to 1073mm long using the 6-position expandable stock. It has a picatinny weaver rail for mounting the scope, and is compatible with a ball joint type bipod. 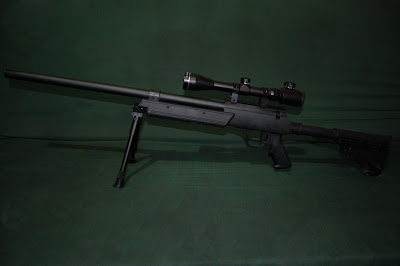 The rifle uses an 85mm short bolt stroke @ 33 degrees with the same cylinder as a Type 96.
This gives it up to 27cc of usable air volume when determining max barrel length for upgrades. 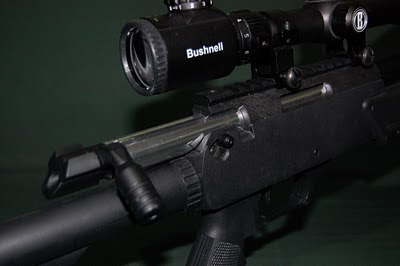 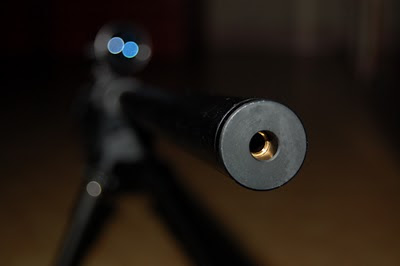 I took it out for testing the day after I level-mounted the rifle scope. And after I zeroed in the scope at 20 meters (I was limited by the length of the driveway.. lol), I did a five-shot test to see the grouping. 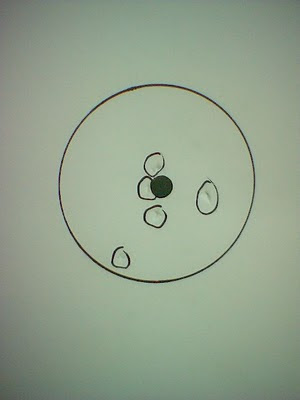 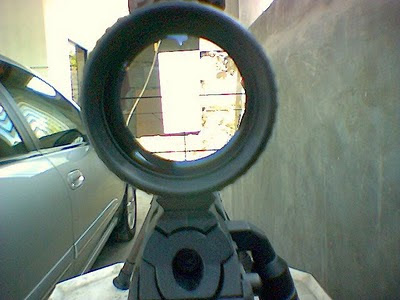 This is what the Styrofoam board I used looks like through the scope @ 6X magnification.
(Sorry for the crappy phone cam pic, I forgot to pack my DSLR for the field test >.<)

It was a fairly quick test since I had to go out of town later that day. But I’m quite pleased with the results, given how this rifle performs on stock parts. 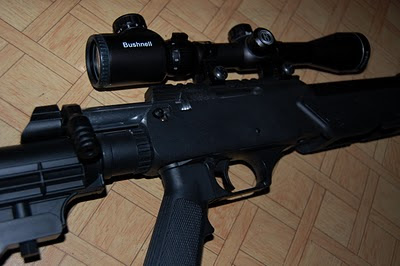 Can’t wait to see what this baby can do once upgraded. 😀

Dark Souls Meets Loli Anime This game caught my attention on Steam so I bought it and gave it a try. I never expected to die so much in a...

I recently finished live streaming a complete playthrough of Hunted: The Demon's Forge on Facebook and now I'm posting all of the videos...

How To Improve Overwatch Game Responsiveness and Smoothness